If you have ever gotten stuck on an icy road, you know the frustration of hearing your tires spin while you get nowhere. Sometimes dieting feels like that – usually during your waking hours. Nearly everyone who wishes to lose weight has the desire and willpower to follow a diet and exercise program. Every January, gyms are filled with a lemming-like trail of new members who spend three weeks with a renewed vision of adding muscle and losing fat, only to disappear the remainder of the year. It isn’t laziness that accounts for the drop-off in most cases, rather it’s frustration over the lack of results.

It is only natural to seek out the best tools for achieving an improved physique that includes fat loss. One important aspect of weight loss is following the best diet. The low-fat versus low-carb argument has been waged for years; the latter is not bodybuilder friendly. Protein is an essential component of the diet; not only is it vital to health and function, it also aids in weight management through appetite suppression, promoting satiety and maintaining lean mass.1,2 However, is there a best protein source?

It is generally accepted that hydrolyzed whey protein, due to its rapid absorption and high branched-chain amino acid (BCAA) content, is the optimal anabolic (muscle building) protein.3 However, does that equate to it being the best protein in your diet for weight loss/fat loss? A growing research base suggests not.

Certainly, whey, casein and other proteins (e.g., egg, beef, pork, chicken, soy) can be part of a weight-loss diet. However, researchers have found (in rat studies) that the different proteins may include fractions that might support weight loss. These fractions, called bioactive peptides, are small proteins formed when the larger proteins are digested. Very little of these peptides actually get through the intestinal barrier to circulate through the bloodstream intact, so they have not been a focus of study in human nutrition. However, if the findings of a study published in the journal Metabolism Clinical and Experimental apply to human nutrition, then a highly relevant topic has been ignored.4 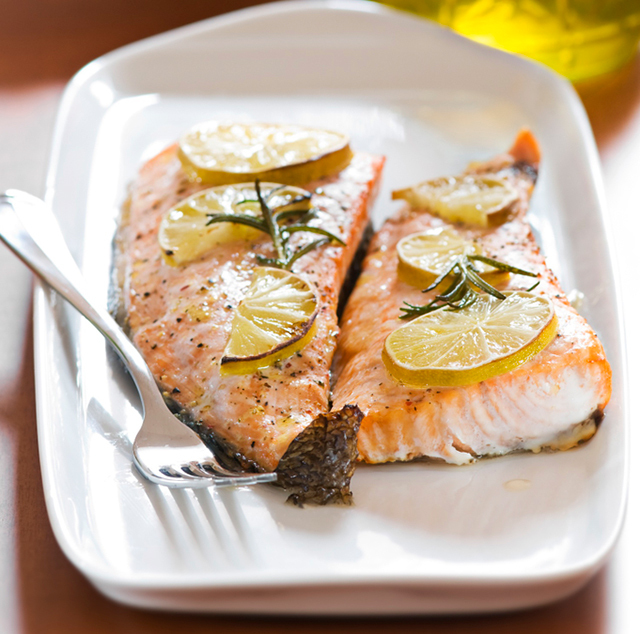 Researchers at Laval University (Quebec, Canada) had previously reported that rats fed cod protein were protected from developing type 2 diabetes as a consequence of eating a high-fat/high-sugar diet; no influence on bodyweight was involved.5 There was a reduction in C-reactive protein, a measure of inflammation that is associated with insulin resistance – the first step toward type 2 diabetes. Many other studies have shown that diets emphasizing fish as a significant protein source are heart healthy and protect against insulin resistance. However, the prevailing belief is that it is the omega-3 fatty acids in fish oil (DHA and EPA) that provide these health effects, not bioactive peptides in fish protein.6 To further investigate the potential benefits to be obtained from fish protein, separate from those arising from fish oil, the researchers provided groups of rats separate diets consisting of several different fish protein – each group received a different type of fish protein (bonito, herring, mackerel or salmon) of an equal number of calories. In addition to the fish protein, the rat food consisted of a high-fat, high-sugar (sucrose) formulation, the kind of diet that induced obesity, insulin resistance and promoted inflammation. The control diet was based upon casein, a type of milk protein. The fish protein was de-fatted so that there was no EPA or DHA (omega-3 fish oil).

With the absence of the omega-3 fish oils, it was somewhat surprising to note that all of the tested fish proteins reduced the inflammatory markers TNF-alpha and IL-6.4 High levels of these markers are associated with the metabolic syndrome. As the proteins were all de-fatted, these results suggest that some common peptide fraction has anti-inflammatory properties.

Given the common anti-inflammatory effect noted above, it was further surprising that all fish proteins did not react the same, providing the same result (or lack thereof), in reducing weight gain, visceral adipose (inner-belly fat) and improving insulin sensitivity. Of the four fish proteins tested in this study, only salmon protein resulted in less weight gain on the high-fat/high-sugar diet. After sacrificing the rats, it was discovered that the weight difference was due to less visceral fat; subcutaneous (under the skin) fat and brown fat (a specialized fat that creates heat from fat burning) were not different between the various groups. Liver weight was the same for all groups; no differences were seen in fasting glucose (blood sugar), insulin or triglycerides (fats in the blood).

An interesting test was performed, looking at the macrophages – white blood cells in the blood that release the early signaling inflammatory chemicals – and how they responded to a chemical challenge. The macrophages all acted as they normally would in the casein (milk protein) group, as well as all the fish protein groups EXCEPT the salmon protein group. Obesity is often referred to in academic journals as a chronic inflammatory state.7 Lowering macrophage activity in the visceral fat depot, and thus inflammation, may represent one of the mechanisms by which salmon protein results in healthier effects. Prior research has shown that the amino acid taurine, which is present in fish protein in high concentration, suppresses TNF-alpha and IL-6 in macrophages.8 However, these specific changes were not present in this study.

As the earlier study reported by this group, using cod protein, showed a decrease in insulin resistance, and as the salmon group had lower inflammatory markers and less visceral fat, the researchers were surprised to see that the salmon group did not have improvements as measured by an oral glucose tolerance test (OGTT). Doctors give patients an OGTT to determine whether they have the early stages of diabetes. It consists of drinking a super-sugary drink, then measuring how long the blood sugar, as well as insulin, is elevated. The OGTT is not a sensitive test, so the researchers utilized a more intensive test called the euglycemic-hyperinsulinemic clamp technique. This technique administers a steady amount of insulin that is higher than normal, and then the amount of sugar that needs to be delivered to maintain a normal blood sugar is measured. If the excess insulin can only dispose of a small amount of extra sugar, then that subject is not very insulin sensitive. If extra insulin results in a strong signal to the cells, and a greater amount of sugar is necessary to maintain a normal sugar, then that subject is very insulin sensitive.

Given the direction of this conversation, it should not surprise anyone to read that the salmon protein resulted in greater insulin sensitivity than the other proteins.4 Though this was not seen in the OGTT, the clamp technique revealed that the body was more able to drive sugar into active cells. Another possibility is that the liver was more sensitive to the first-phase signaling of insulin, which shuts down gluconeogenesis – the production of sugar from ketones by the liver.

One last observation is extremely interesting, if such things interest you: the presence of a specific bioactive peptide in the salmon protein called salmon calcitonin. Calcitonin is a small protein (32 amino acids in length) hormone that is produced by numerous species, including humans. Human calcitonin is produced within specialized cells located in the thyroid, and serves to regulate ionized calcium concentration in the blood. It reduces the blood calcium level by reducing the absorption of calcium from the intestines, inhibiting calcium release from bones, and reducing the amount of calcium that is recovered by the kidneys from the urine. It is possible that by increasing the amount of calcium that remains in the intestines, calcitonin’s action might reduce the amount of fatty acids that are absorbed from food (and thus fat calories).

Salmon calcitonin is 40 times as strong as human calcitonin.4 It has been reported in earlier studies that calcitonin prevents the activation of macrophages, similar to what was seen in the rats fed salmon protein.9 This supports the theory that salmon calcitonin may be one of the active protein fractions responsible for the decreased inflammation noted in this study.

Calcitonin is structurally similar to another hormone called amylin, and can bind to and activate the amylin receptor. Amylin is involved in regulating bodyweight by increasing energy expenditure (the number of calories burned in a given amount of time). Salmon calcitonin has been shown to have the same effect when given as a specific treatment in animal studies. This adds another possible explanation as to why the rats fed salmon protein did not gain as much weight on the same diet. The other fish species used in this study have slight chemical differences in their respective calcitonin structures, and it has not been determined whether or not they can interact with the amylin receptor, possibly explaining the failure of those fish proteins to affect weight gain. Also, the blood levels of salmon calcitonin achieved through the diet may not be sufficient to have an effect on energy expenditure. Unfortunately, this was not measured in the study.

OK, another win for fat rats. Does this apply to humans? It is difficult to say. The salmon protein was pre-processed to make it suitable for rat pellets, and de-fatted. It was the sole protein source in the diet, which would not be economically feasible for many. The benefits of other protein sources would also be sacrificed.1 Also, rats were fed a terrible diet, and the salmon protein reduced the metabolic damage, but did not reduce subcutaneous fat. Would a “clean” diet see any benefit from salmon protein? Further, it remains to be seen whether the consumption of a reasonable amount of salmon by a human can raise salmon calcitonin sufficient to increase calorie burning. The human gut does not allow larger molecules to pass readily into the bloodstream. Would re-introducing the omega-3 fats improve or interfere with the fat loss? An earlier study suggests it would improve it. For those who want to build muscle, it is important to keep in mind that fish protein is relatively low in branched-chain amino acids. This raises questions of whether other protein sources would block the effects seen in diets where protein is exclusively sourced from salmon. People may experience mercury toxicity from fish-rich diets.

It is interesting, and there are certainly health benefits to eating more omega-3 rich fish. With the limited downside, when eaten in moderation, it appears that fish protein can aid in promoting health, insulin sensitivity, reducing inflammation and visceral fat. The best fish to consume appears to be salmon. Great news for rats, possibly good for humans, but bad news for the salmon.