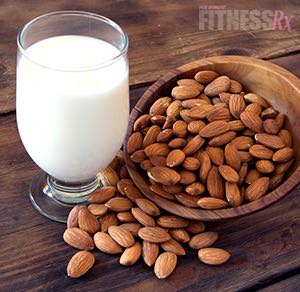 Since the Middle Ages, almond milk has been used as an alternative to cow’s milk. The watery, white texture mocks that of its lactose-containing counterpart. Many people who are intolerant to milk find that almond milk is a great alternative. Though it may not contain as much protein as milk does, it provides several health benefits that are superior to traditional milk. 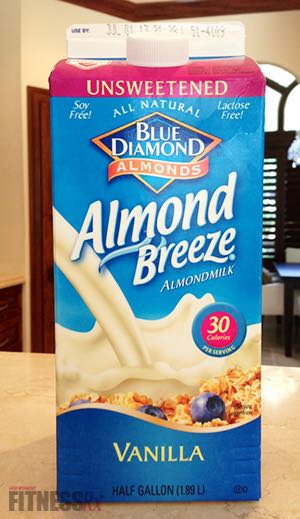 Lower in calories than cow’s milk. It contains a miniscule 30 calories per cup (unsweetened version).

Tip: Purchase the 30 calorie unsweetened version and add a few drops of stevia to your liking for a sweeter taste.

Contains several skin-nourishing compounds that can improve your complexion. The flavonoids (kaempferol catechin and epicatechin) found in almonds help prevent skin cells from dying and oxidizing. Additionally, the monounsaturated fats in almonds can help nourish your skin as well.

Vegan-friendly and contains no animal products. Also, it’s perfect for those with allergies and sensitivities to dairy. Almond milk tends to be easier on the stomach.

Almonds are naturally very nutritious. So, as you can imagine, almond milk is also very nutritious. It doesn’t need to be fortified, but you will find that some brands do so to supplement it with additional vitamins and minerals.

A flavor that many prefer. Many people who have tried both almond milk and cow’s milk will tell you that almond milk is the tastier of the two. Many find that it is also more flavorful than both soy and rice milk as well. Almond milk has a nutty flavor in its plain form; however, you can also find it in vanilla and chocolate flavors as well!

Safer option for diabetics and those watching cholesterol. Almond milk does not contain any saturated fats and has less sugar and carbohydrates than traditional cow’s milk.

Almond milk is rich in antioxidants. The flavonoids reduce the free radicals in the body.

No refrigeration needed (prior to opening). Almond milk can be stored on shelves along with other dry foods rather than in a cooler. This is very convenient for travel. It also does not spoil as quickly as cow’s milk.

Almond milk can be used in the same way that traditional milk can, whether in recipes or as an addition to your favorite meals. I like to add almond milk to my protein shakes and use it as a coffee creamer alternative as well. However, I enjoy it best over ice with a few drops of flavored stevia as a sweet treat!

Here are a few great recipes that feature almond milk:

This Is the Best Time to Meditate, According to Experts

Stretch Your Chest With This Seriously Underrated Piece of Equipment